MUMBAI, DEC 20, 2016: Youth from Salesian parishes - accompanied by four priests and a sister – conducted a Christmas outreach programme for a Children's Home at

The group of 25 youth visited the closed children's home that houses 280 boys and 45 girls - sent there either by the Child Welfare Committee (CWC) or the Juvenile Court. Of these, some are in conflict with the law and others have been separated from their parents for various reasons.

In preparation for the programme, the youth participated in two prior meetings organised by Don Bosco Youth Services. Accordingly, they split into two groups – girls and boys – who went to the respective female and male sections at the children's home.

They organised a brief prayer service during which they helped the children understand the reason for the celebration of Christmas, taught them a few Christmas carols and danced with them.

Later, they divided the children into smaller groups and each youngster conducted an activity - drawing, painting, origami, clay modelling, singing and dancing- for the assigned group. The children moved to a new activity every 10-15 minutes. The programme concluded after two hours with snacks being served.

Later, while sharing their experiences, many youth expressed sadness at the plight of the children they met. They were glad they could bring them a little joy through their outreach activity. Some even mentioned that they would like to regularly visit the children and do more for them.

For the youth, it was a novel and a meaningful way to begin their Christmas celebrations. 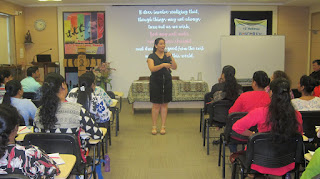 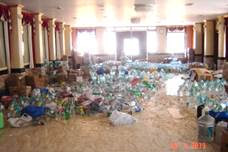